Today is my Silver Jubilee Anniversary.  And Ritu’s too 🙂.  We were adults when we got married, yet it feels like we have grown up together.  Our lives are interwoven.  Perhaps, that’s why she has never been a focus in my writings.  I have not given much thought to our journey together.  Some say a good marriage is about compatibility, while others say it is based on the ‘opposites attract’ phenomenon.  I reckon the answer is more complex since a good marriage needs to tick all the right boxes.  Let’s find out what these are.

In 1993, I made a trip back to India for a matrimonial alliance.  Ritu was the first girl I saw.  I took five minutes to make my decision—she took two days.  She would have taken longer had it not been for the surprise engagement party I, reportedly, threw for her.  Both of us have different versions of this incident.  But, over the years, I have seen her eyes sparkle every time she narrates the story.  I have started believing her version.  Now, when did that happen?   Well, here’s how it goes. 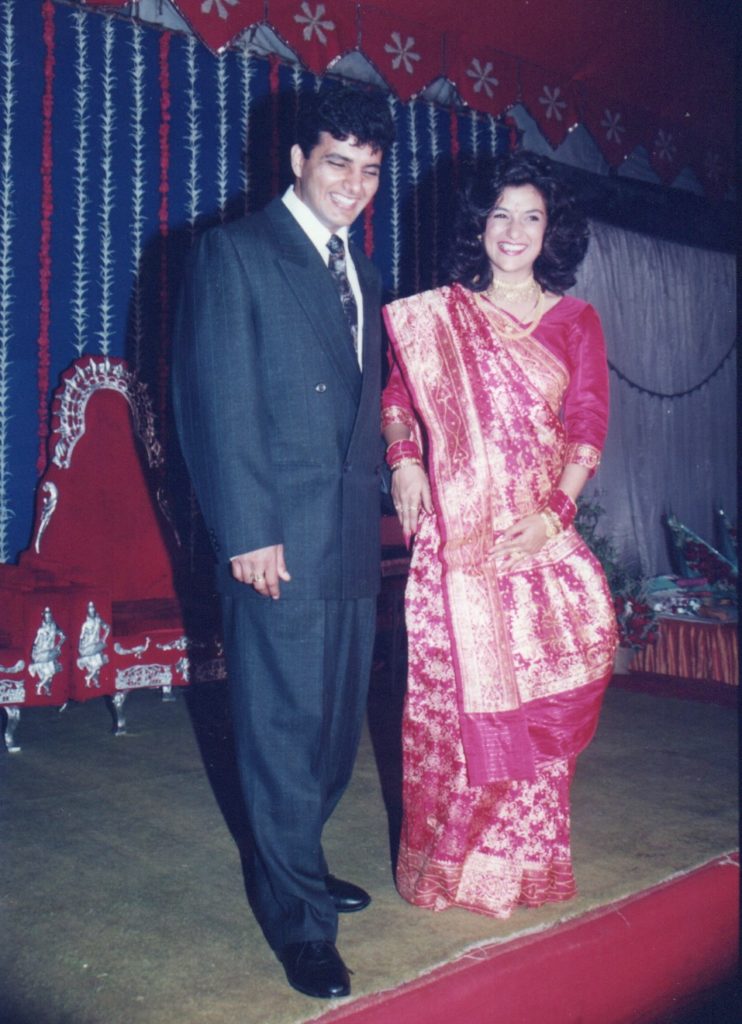 Victorious, I went back to the U.S. for a year.  During our courtship, our communication was through snail mails that took over three weeks to deliver.  I lost some fat and became muscular.  I did it for her.  She, during the same period, received the university’s gold medal for academic excellence.  She did it for herself.   I was disappointed.  Clearly, my presence in her life was not a distraction.

I relocated to Pune shortly after we exchanged vows.  Ritu’s decade-old Kinetic had a new master now.  We followed a routine.  I would drop her for internship (and later for her dental practice), and then drive down to my workplace, which was at the other end of the town.  During our drives, we would cross Pune’s affluent areas.  “One day we will have a house like that”, I would romanticize my new wife.  Our Kinetic would wobble with her laughter as she would playfully sing the 90s hit—O mere sapno ke saudagar’ (O, the merchant of my dreams)!  Our drives continued throughout her pregnancy.

Before we realized, the first kids arrived—Cybage and Misha.  We divided parental duties.  Ritu decided to quit her medical profession and join St. Mary’s School as a drama teacher.  The move allowed her to play an integral role in raising Misha and Aneesh who went to the same school.  She rapidly gained the reputation as the most coveted drama and elocution teacher.  She was frequently invited to judge and compere at several schools, colleges, and social events.

Genetically blessed, the kids picked up their mother’s artistic traits.  I, on the other hand, picked up her students’ parents as friends.  Thanks to her infectious chirpiness, our friend circle multiplied rapidly.  Our social life buzzed with a rich blend of friends and acquaintances from diverse strata of the society—teachers, students, doctors, professionals, artists, businessmen and homemakers.

Years rolled by, the kids neared their teens.  Ritu put brakes on her teaching to focus on the construction of our house.  She worked her heart out for two years—right from coordinating the design to inspecting the execution.  The outcome was spectacular as I walked in as a guest in our new home.  Before we entered, I made her stand in front of the gates and asked her to sing the same song from our scooter days.

Our life in the new house began on a tragic note with my dad’s heart-wrenching prognosis.  She played the daughter’s role and poured everything she had—emotionally, medically, and physically.  Unfortunately, he lost the battle.  As destiny would have it, shortly thereafter, her dad took to the wheelchair permanently with vascular neuropathic disorder.  With no siblings, Ritu once again took centerstage.  Through these tough times, she found solace in her therapeutic dog, Lester.  She was never in favor of adopting a pet, but succumbed under our kids’ pressure.  However, once baby Lester came home, he found his mother in her.  She would feed, bathe, play, take him to vet and talk to him for hours, till the day he died, cuddled in her arms, gazing into her eyes.

Reeling from back-to-back blows, Ritu entered a lonely spell.  The kids had flown the nest and I had gotten busy.  So, she decided to run our two foundations—CybageAsha and CybageKhushboo.  What started off as a distraction quickly turned into an all-consuming purpose.  Her timeless moments now reside in either farmers’ homes in the drought-hit interiors of rural Maharashtra, or in the aspirational embraces of underprivileged youngsters of Pune.  Both, laughter and tears come easy to her as a good portion of her heart dwells in the lives of those benefitting from Cybage foundations.  Today, I stand with her at this crossroads.

VIBGYOR. The colors of the rainbow are perhaps the best way for me to spell out my times with Ritu.  Nowhere have I spoken about her role as a wife at home or as an unwavering ally in my professional journey right from the beginning.  It is not necessary.  For her nonstop passion for everything she undertakes is infectious and reflects in all aspects of her relationship with me.  I am fortunate to be sitting at the front row, watching her do her thing and excel at it.   I feel as if I have known her forever, yet time and again I discover a brand-new color of hers.  How is it possible for anyone to excel in everything?  From student to teacher, from doctor to homemaker, from daughter to mother, from family to friends, from social butterfly to social welfare.  Her versatility amazes me.  Her proximity makes me feel alive, it triggers kuch kuch hota hai kind of love in me! 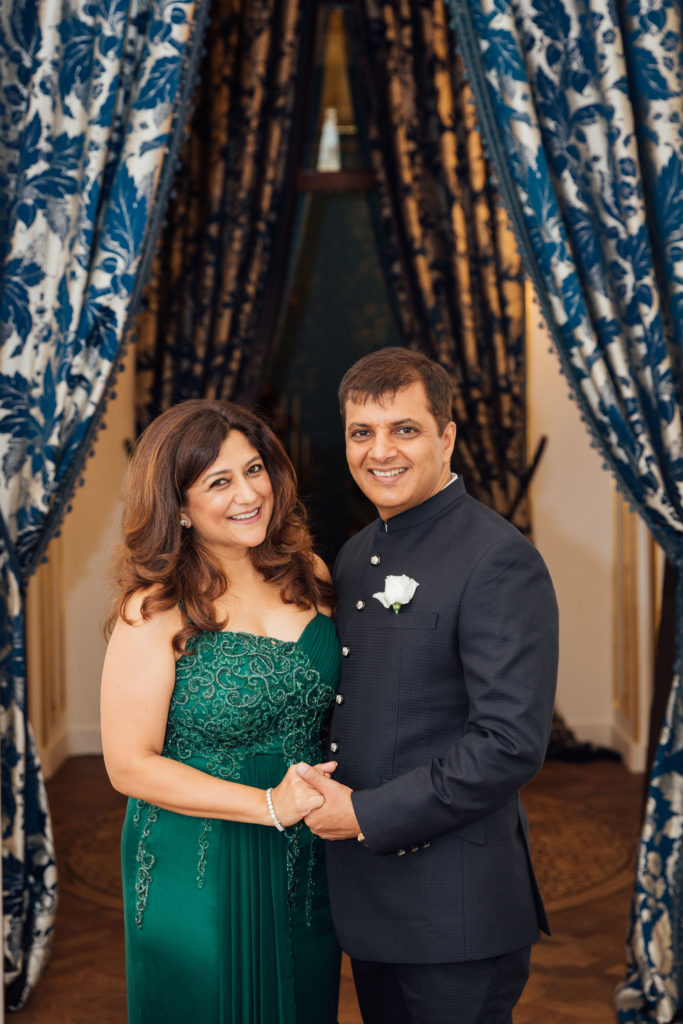 Of course, if such multi-faceted excellence is what it takes to be a perfect spouse, then the checklist for a successful marriage will sure be long.  Fortunately, that is not the case, else our marriage would have collapsed long time ago.  You see, unlike Ritu, I have always worn only one solo-colored hat—Cybage.  Sure, from the society’s vantage point, the color of my hat enjoys higher visibility.  But then, the outside world may not have noticed the rainbow peeping out of the clouds.

I believe marriage is not a race between the two, nor a test on our ability to paint rainbows. Rather, it’s the co-existence of all the shades.  Where neither lives in a shadow. Where each tread their own path.  Just being the wind beneath the other’s wings is not good enough.  All of us need our identity.  Identity nurtures respect.  And mutual “respect” is probably the primary checkbox for a happy marriage!